The conclusion of contracts is governed by the Contracts Act. The Act was passed in 1929, and it is clear that technological and societal progress could not have been predicted accurately at the time the Act was created. However, the main provisions of the Act that relate to the conclusion and the principles of contracts are still applicable today.

The idea is that the contract and contractual commitment arise from the offer made by the seller and the acceptance of the offer by the buyer. A valid agreement can be concluded in writing, verbally or tacitly. In other words, the minimum requirement for a binding contract is that the contracting parties reach an agreement both on the commitment to conclude the agreement and the content of the agreement. The method of reaching the agreement is irrelevant as long as both parties are legally competent and no illegal measures (such as coercion) are exercised.

Thus, the conclusion of a contract is usually indisputable if the contract is signed before the product is taken into use and both parties have had the opportunity to examine the content and the terms and conditions of the contract. However, license agreements with standard policy conditions (SPCs) have become standard practice in the software products business. They require that the offer is accepted at the same time the software product is first taken into use (various wrap licenses). In light of general contractual principles, it may be unclear whether such a process constitutes the conclusion of a binding contract. In practice, however, such contracts are considered binding in business life. 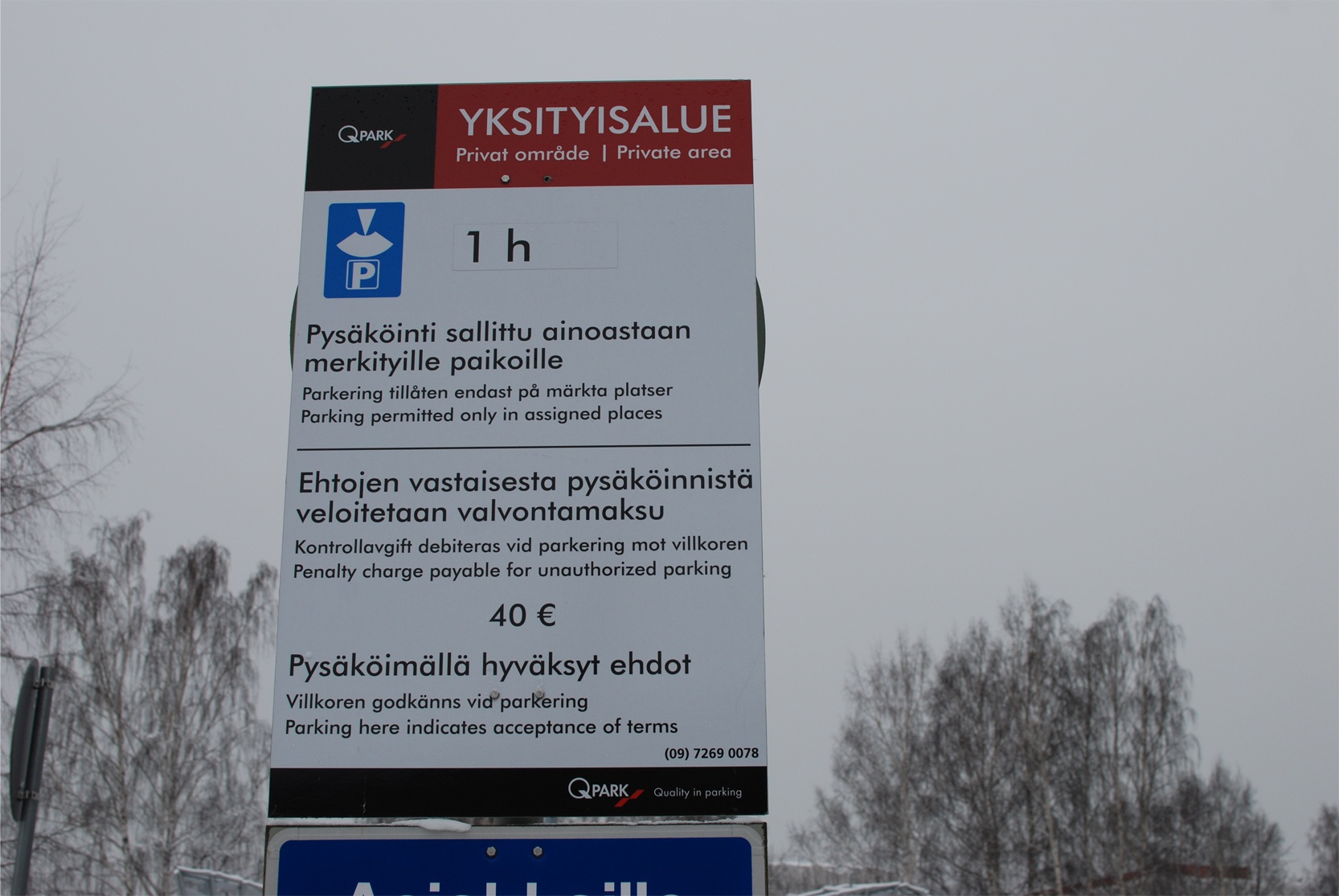 In its precedent KKO 2010:33, the Supreme Court discusses the conclusion and validity of tacit contracts made on the basis of actions. The case discussed whether parking a car in an area created a binding contract between the company controlling parking in the area and the person parking their car in the area in accordance with the terms and conditions displayed on signposts. The Supreme Court was of the opinion that the person parking their car in the area was sufficiently aware of the terms and conditions of the contract as there were signposts at the entrances and exits of the parking area which displayed the terms and conditions of parking. However, the Supreme Court was not unanimous in its decision. The member of the Court who disagreed would have set stricter requirements for the conclusion of contracts. In theory, the interpretations made by the Court could be taken into consideration in various software licenses that contain SPCs.

A clear majority of software license agreements are concluded with standard policy conditions using licensors' pre-prepared agreement templates. The advantage of SPC agreements is that they are easy to use and inexpensive. The contracting parties do not have to spend time and money on contract negotiations, and the same contract templates can be used with thousands of customers. On the other hand, the disadvantage to licensees (especially the consumers) is that they may not understand the terms and conditions and cannot influence their content when committing to the agreement.

Attaching SPCs to an Agreement and Strict Terms and Conditions

Provisions relating to SPCs are relevant regarding software licensing in at least two ways. First of all, how have the SPCs become part of the contract? The parties must have had de facto the opportunity to examine the conditions and their content before committing to the contract. It is not enough that the contract contains a reference to, e.g., the standard contract terms of the industry. Such terms can be appended to the contract, in which case it becomes clear that they are part of the contract. It should be noted that contractual commitment is created even if one of the parties chooses not to examine the terms and conditions.

Secondly, the party who has drafted the SPCs is obliged to draw the licensee's attention to unusual or strict terms and conditions. The principle of unusual and strict terms and conditions is designed especially to protect those parties who choose not to familiarize themselves with the SPCs. A condition that can be considered unusual and strict will not become part of the contract unless the party who has drafted it draws the other party's attention to the existence and content of the condition. An example of an unusual and strict condition in a software license agreement could include one that gives the licensor the right to update the licensee's software in a way that makes it impossible to copy and use certain files. Such a condition has been used, for example, in the Microsoft Windows XP Professional end-user license agreement dated 18.08.01.

Agreement Types and Their Relevance

License agreements and agreements at large fall under the scope of the Contracts Act and the general principles of contract law. The Sale of Goods Act, on the other hand, does not apply directly to license agreements. However, it can be used when interpreting the Act.

Consumers as parties to contracts are well protected by legislation. Provisions relating to consumer protection apply to computer program licensing only if the party offering the computer programs is an entrepreneur and the user is a consumer. Consumer protection provisions extensively circumscribe the freedom of contract because they cannot be derogated from by agreement. Thus, in case of a conflict, the provisions protecting the consumer are always superior to any license agreement. In addition, the adjustment of unreasonable agreements is much more commonplace when the licensee is a consumer than when the agreement is between two companies.